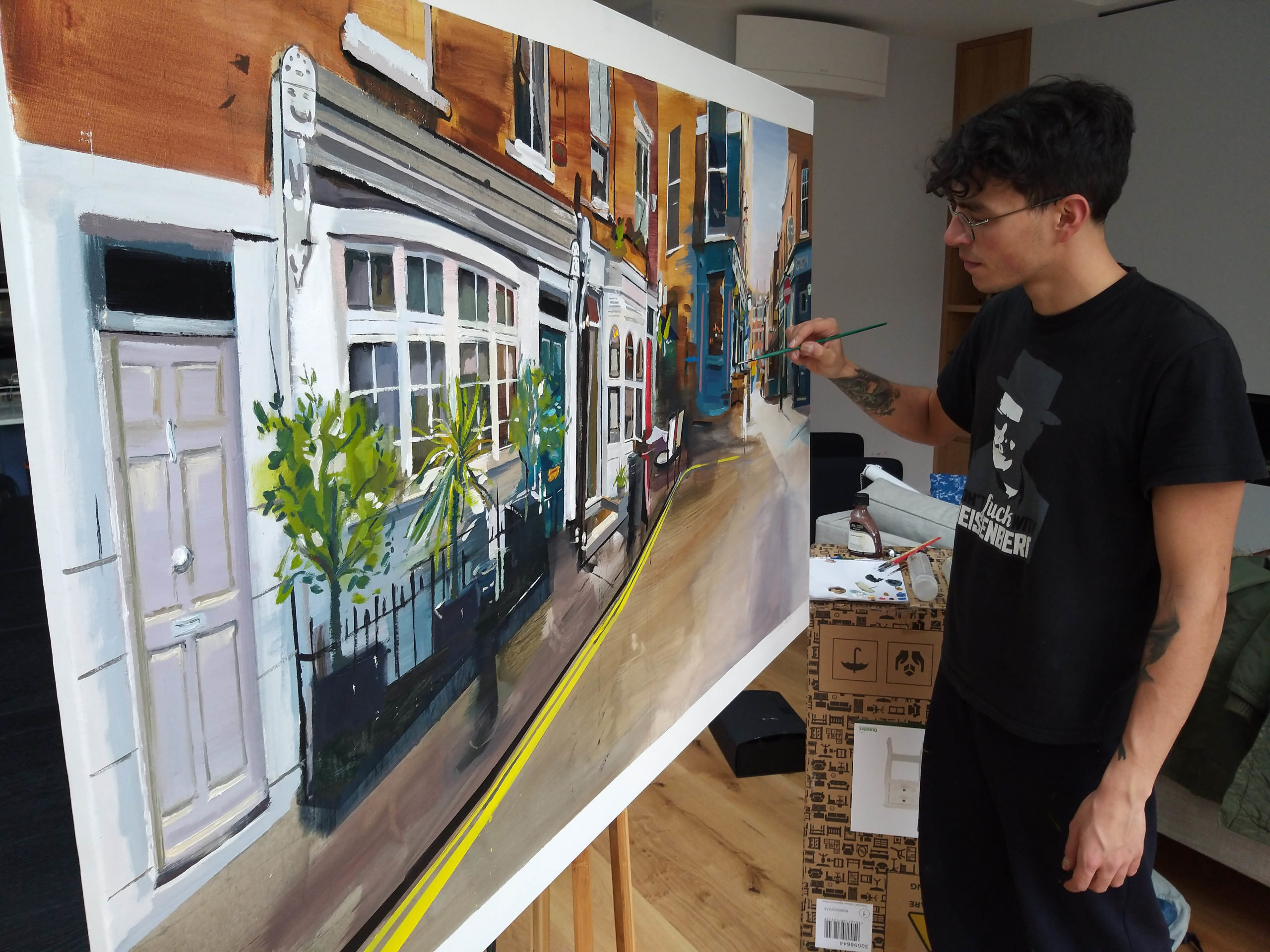 Jose Sánchez Peinado was born in Madrid in 1995.

His first contact with the world of visual arts started by painting graffiti, around the year 2007.

It was in 2011 when, due to a friend, he decided to paint his first canvas. After this experience, he became convinced that he wanted to dedicate himself to paint and study the Artistic Baccalaureate at the IES Sierra de Guadarrama from 2011 to 2013.

In 2013 he proceeded to study Fine Arts at UCM. However, it wasn’t until 2015 when he definitely decided to pursue an artistic career from painting.

In 2016 he went with two great painters and friends (Richard García and Andrés Gabarres) to the VII Cátedra extraordinaria ciudad de Albacete, led by the renowned painter Antonio López. There he discovers other points of view, and expands his perspectives in relation to his artistic career, nourishing opinions and suggestions from both colleagues and professors.

In mid-2017, on the verge of finishing his studies in Fine Arts, he studied the VI Course of Realism and Figuration in Olula del Río, led by artists such as Antonio López and Andrés García Ibáñez. Here he meets other great painters and continues to expand his perspective as as an artist. A few weeks later he also attended the Painting Workshop Masters of Figuration taught by Antonio López and Juan José Aquerreta.

After finishing his university stage, he continues to study and attend the Realism and Figuration course given by the professor and painter Manuel Huertas Torrejón.

In the summer of 2017 he attends the Superior Painting Course of the José Carralero School, taught by the painter and doctor of Fine Arts Macarena Ruiz, in which he thoroughly worked techniques to paint landscapes and big sceneries. There he established great friendships with other painters, and this supposed a great experience and a turning point in his formative stage. A short time later he also participated in one of the Artistic Residences organized by the UCM, this time in Losar de la Vera (Cáceres) to perfect furthermore his landscape techniques.